3. SIL silicone rubber sealing ring: It has excellent heat resistance, cold resistance, ozone resistance, and atmospheric aging resistance. Has good insulation properties. But the tensile strength is worse than general rubber and it has no oil resistance. Suitable for household appliances such as electric water heaters, electric irons, microwave ovens, etc. It is also suitable for all kinds of articles that are in contact with the human body, such as kettles, drinking fountains, etc. It is not recommended to use in most concentrated solvents, oils, concentrated acids and sodium hydroxide. The operating temperature range is -55~250℃.

4. VITON fluorine rubber sealing ring: high temperature resistant tertiary silicone rubber, has excellent weather resistance, ozone resistance and chemical resistance, but poor cold resistance. It has resistance to most oils and solvents, especially acids, aliphatic hydrocarbons, aromatic hydrocarbons and animal and vegetable oils. It is suitable for the sealing requirements of diesel engines, fuel systems and chemical plants. Not recommended for use in ketones, low molecular weight esters and nitrated mixtures. The general use temperature range is -20~250℃.

5, FLS fluorosilicone rubber sealing ring: its performance has the advantages of fluorocarbon rubber and silicone rubber, oil resistance, solvent resistance, fuel oil resistance and high and low temperature resistance. Resistant to oxygen-containing compounds, solvents containing aromatic hydrocarbons are generally used for aviation, aerospace and military purposes. It is not recommended to expose to ketones and brake fluid. The general use temperature range is -50~200℃.

6. EPDM rubber seal ring: It has good weather resistance, ozone resistance, water resistance and chemical resistance. It can be used for alcohols and ketones, and can be used as a seal in high temperature water vapor environment. Suitable for sanitary ware, car radiator and car brake system. Not recommended for food use or exposure to mineral oil. The general use temperature range is -55~150℃.

7, CR chloroprene rubber sealing ring: sunlight resistance, weather resistance performance is particularly good. It is not afraid of refrigerants such as dichlorodifluoromethane and ammonia. It is resistant to dilute acid and silicone grease, but it has a large expansion in mineral oil with low aniline point. It is easy to crystallize and harden at low temperatures. It is suitable for all kinds of environments exposed to the atmosphere, sunlight, ozone and all kinds of flame-resistant and chemical-resistant sealed environments. It is not recommended to use in strong acids, nitro hydrocarbons, esters, chloroform and ketones. The general use temperature range is -55~120℃.

8. IIR butyl rubber sealing ring: particularly good air tightness, heat resistance, sunlight resistance, ozone resistance, good insulation performance; it has good resistance to polar solvents such as alcohols, ketones, esters, etc., and can be exposed Suitable for chemical resistance or vacuum equipment. It is not recommended to use it with petroleum solvents, kerosene or aromatic hydrocarbons. The general use temperature range is -50~110℃.

10. NR natural rubber sealing ring: has good wear resistance, elasticity, tear strength and elongation. But it is easy to age in the air, becomes sticky when heated, and is easy to swell and dissolve in mineral oil or gasoline, and it is suitable for use in liquids with hydroxide ions such as automobile brake oil and ethanol. The general use temperature range is -20~100℃. 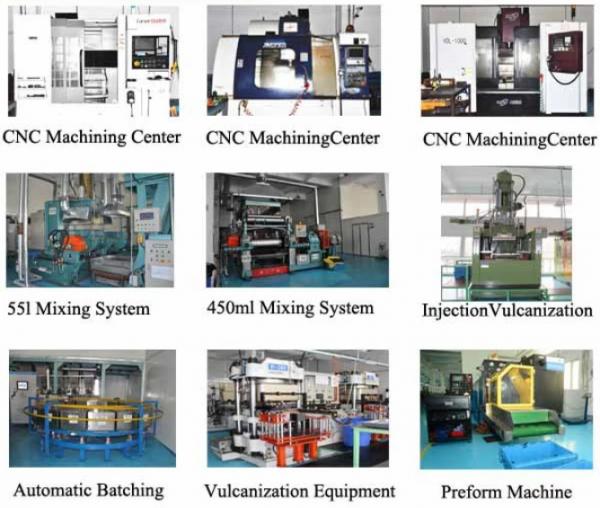 Guangzhou Sub-Group Auto parts Co.,Ltd was established in 2000 and is located in baiyun district, Guangzhou, China. We have China's first-class truck auto parts professional capacity and export trade capacity. We have a strong and professional auto parts research team, professional control of product quality and suitable models. We supply high quality auto parts at the most competitive prices. Since its establishment, Sub-Group Auto parts has been dedicated to the production of all kinds of plastic parts for trucks, with perfect production capacity.

In 2008, established the foreign trade department of auto parts, mainly operating Volvo, scania, FAW, weichai, cummins, dongfeng, American and Chinese auto parts and engineering machinery parts. We have the ability to develop new products that are not in our catalog, and we will do that in a timely manner and do our best to meet customer needs. Our production and development costs are very reasonable. Please contact us according to your special needs. We are glad to cooperate with you. At the same time, our highly skilled and qualified employees are proud to be a supplier of spare parts to global customers.

We have a strong sourcing capability in the Chinese market. We fully understand the needs of our customers. We offer high quality products, competitive prices and first class service. We hope to establish good business relations and friendship with you in the near future.

2. how can we guarantee quality?
Always a pre-production sample before mass production;
Always final Inspection before shipment;

3.what can you buy from us?

4. why should you buy from us not from other suppliers?
1.Our company has 20 years experience in auto parts development and production. Main projects, China Heavy Truck: Weichai, FAW, Yuchai... and imported trucks: Mercedes-Benz, Volvo, MAN, Scandinavia... and construction machinery: Komatsu, Cummins, etc.

Send your message to this supplier
You May Like
Find Similar Products By Category:
Used General Mechanical Components
Hot Searches:
Inquiry Cart 0
Contact Us
Inquiry Cart
Back To Top