6063 aluminum alloy counts silicon and magnesium as its alloying elements. Aluminum 6063 is widely recognized for

its weldability and heat treatability, as well as for its ability to resist corrosion. The uses of aluminum 6063 are not typically

as general as 6061, with its primary uses falling within the interior and exterior architectural application fields. Another

valuable characteristic of aluminum 6063 is its successful use for aluminum extrusion. This alloy makes possible the

creation of complex shapes with smooth surfaces, that can be used for visible elements of premium casework, angles,

corners, coves, out corners, bar & face nosing, and architectural trim. In addition to being used for window frames,

door frames, roofs, and signage, aluminum 6063 is also used for the fabrication of pipes and tubing, as well as for

furniture applications. The specific mechanical properties of aluminum 6063 vary depending on the temper.

We are a manufacturer, trader, distributor, supplier and exporter of 6063 aluminum alloy in the form of bar, sheet and wires.

LINKUN are made of a variety of aluminum materials for wide application. 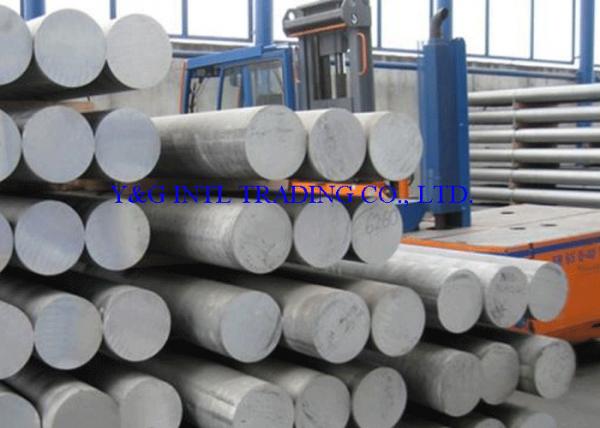 Since 2003, Y&G has successfully achieved this by offering our clients a range of high quality, environment friendly products from a diverse list of reputable, international principals, that sell by their own merit. By maintaining close contacts with our clients and providing dedicated technical support in time, we continue to meet and at times, exceed our clients' expectations. With an objective to provide piping material and tower packing to the oil and petrochemical industries, we strictly carry out a series of quality control measures and material control. The raw materials are purchased from well known, local famous mills such as TPCO, Tisco, Baosteel, Valin Group, Wuyang Steel and Luoyang Copper,..etc . We greatly value the repeat orders from commendable references and above all, the trust of our valued clients earned over the years. Our products are well accepted by customers from many countries including PETROBRAS, KOC, KNPC, SHELL, TOTAL, CHEVRON, BP, PDVSA, PEMEX...etc

Due to our excellent quality, reliable performance and reasonable prices, we've established long-term relationships with our customers.Being the far-sighted and with a development vision of internationalization, Y&G will always sticks to the idea of "Y&G's pursuit of value & cooperation is based on mutual benefits". We warmly welcome friends from all over the world to give counsel for development, and sincerely hope the realization of close cooperation on each field.

Send your message to this supplier
You May Like
Find Similar Products By Category:
Metal Scrap
Hot Searches:
Inquiry Cart 0
Contact Us
Inquiry Cart
Back To Top